Ideas are easy to come by, even great ideas are easier to have than to actually bring into the world. In each W Hotel project there is a unique take on the brand, and of our many early ideas we chose to develop our concept of making the W into a glittering starlet. This decision would prove to be easy compared to the hard work of design, fabrication, and installation. Knowing that the idea would need to be realized, and for a reasonable cost, we investigated materials that could sparkle day and night, outside, and for years. We reviewed textured glass, holographic films, sequins, crystal from Swarovski and color changing car paint. None were both affordable and appropriate for outdoor use, and none had quite the right look. One day during lunch I found a new material in the back of an architectural magazine called Sensitile and showed it to Holly Hampton, the Project Manager, as a possible solution.

Two years and many designs and mockups later, Adcon Sign Fabricators demonstrated their latest attempt to recreate the effect of my simple video of our first Sensitile sample and a strip of LEDs. It didn’t quite capture the quality of sparkling crystal that we had envisioned.  We were running out of time so we worked out a plan for me to fly to Colorado loaded down with a large sampling of ColorKinetics programmable LEDs and as many sparkling films and materials as I could get through airport security. I was able to use a combination of plastics and the Sensitile with a custom twinkling animation of the LEDs to recreate the sparkle of a diamond and, with an additional red film, a ruby. 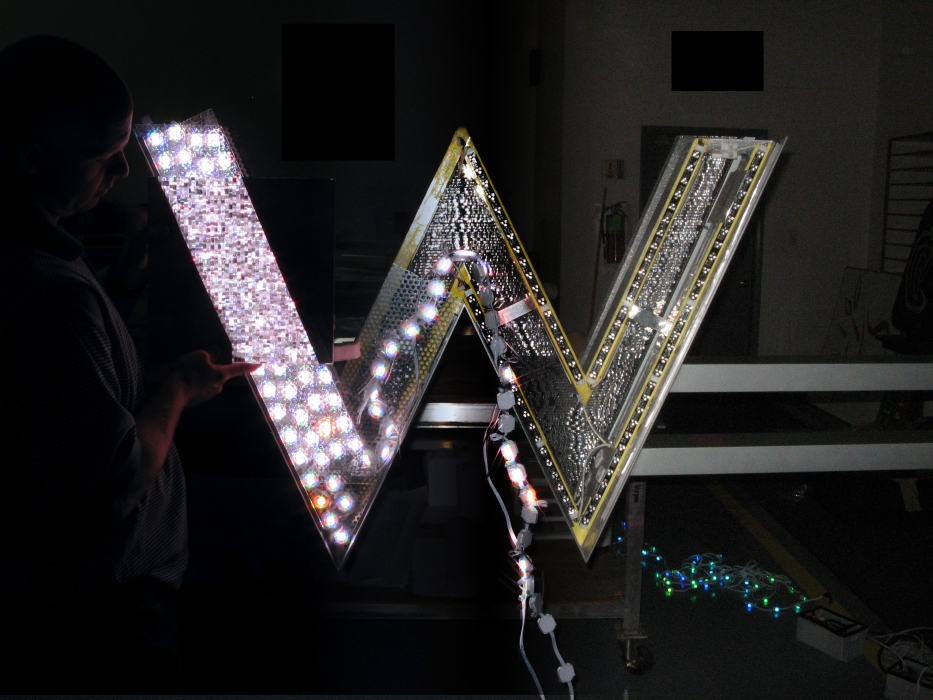 I struggled to work these new components into the previously approved and permitted sign cabinets. Collaborating with Adcon, we were able to fit all the components in, resolve overheating issues, accommodate dozens of large power supplies, computer networking routers and cables, and the limited availability of the LEDs. I worked on site with a laptop to setup the system by identifying the over 1000 components. I programmed and created schedules for day and night animations, and reviewed everything with our firm’s Principals Holly Hampton, Deborah Sussman and Paul Prejza, and the Client Representative for approval. With only a few follow up visits to the site, the signs were working perfectly on opening night and just as originally envisioned. They sparkle like diamonds and rubies day and night, and obviously the idea 3 years earlier was only a very small part of their realization. 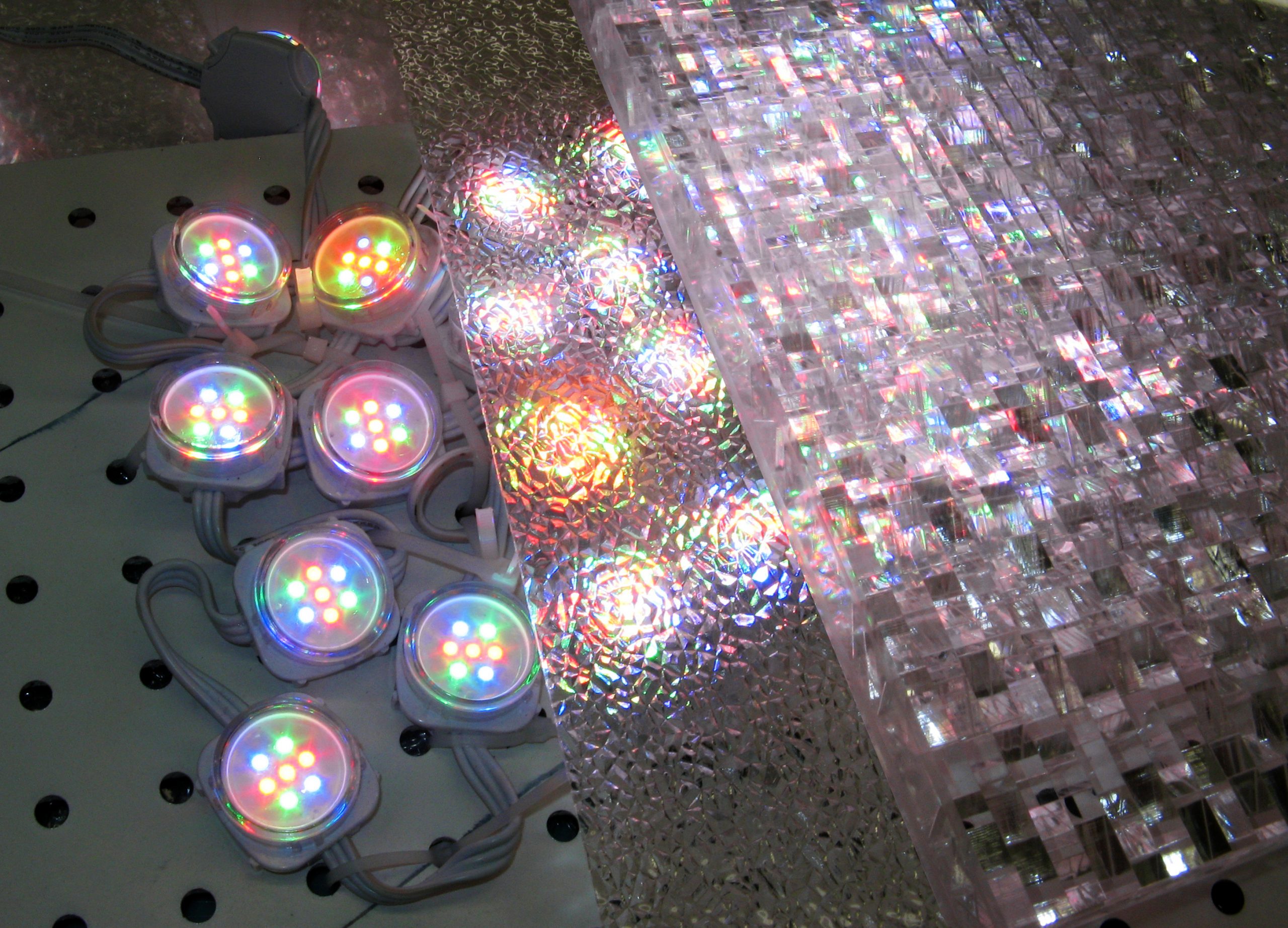